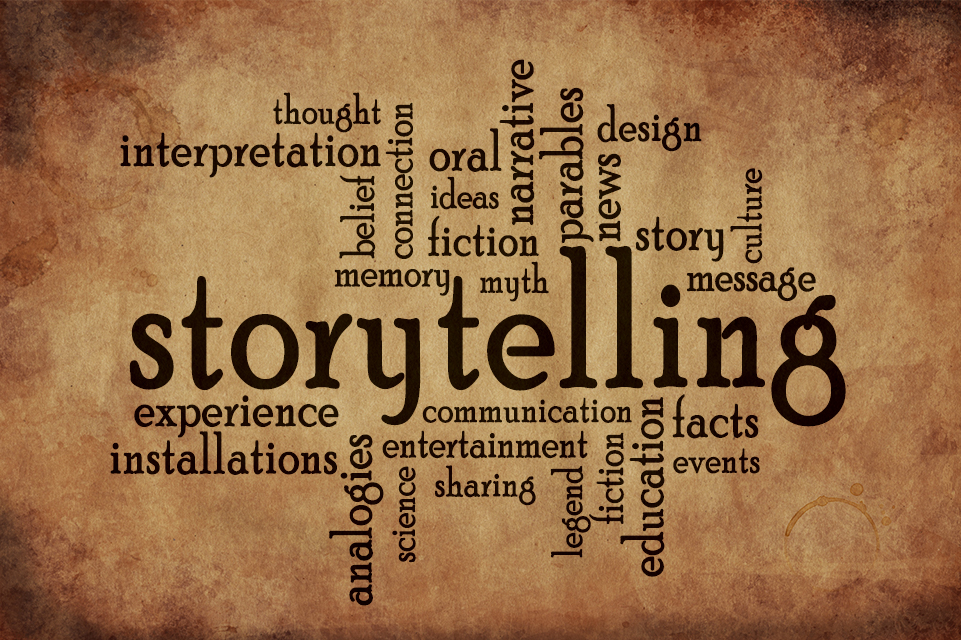 In my quest to understand what interpretation means, I frequently circle back to the idea of storytelling.

We are certainly in the midst of rapid and drastic shifts in communication technology. We can now communicate more instantaneously and more anonymously, leaving us better connected, but in some ways further distanced. The constant barrage of communication has led to media saturation and sense of numbness. And with most communication happening digitally, the traces of our stories are no longer material. They are ephemeral and fleeting, making things more easily shareable and yet challenging our ability to build repositories. We also have an increasingly fraught relationship with reality. In the age of reality television and livestreaming, real events become entertainment and constructed entertainment is masqueraded as reality on a regular basis, to the point that weÃ¢â‚¬â„¢re no longer able to distinguish fact from fiction. (A situation I think our current president has capitalized on.)

In this atmosphere, storytelling that connects people is more critical than ever. Evans notes that myths perform three roles: to describe reality as it is, to help people face and deal with the despair difficult realities, and to give hope for the future. So how can we step up and meet that demand? Exhibitions in cultural institutions, whether museums, zoos, aquariums or monuments/memorials offer a unique proposition in the act of storytelling: the ability to create a story that unfolds itself in time and in a shared space. These are prime places for collective narrative-building and interpersonal connection. So much potential! But also, a huge challenge.

It is up to us as professionals to think outside of the box of what exhibitions have been and create something that immerses people in exciting and inspiring stories that are also relatable and relevant. Mobilizing new storytelling tools that are adapted to our current communication situation is imperative. Designers, curators, interpreters all wield the power to reflect the state of the world to people, through the lenses of science, art, history and the environment, and to fill a vacuum for meaningful and impactful storytelling that inspires change. We can mediate the space between what people see and what they think.