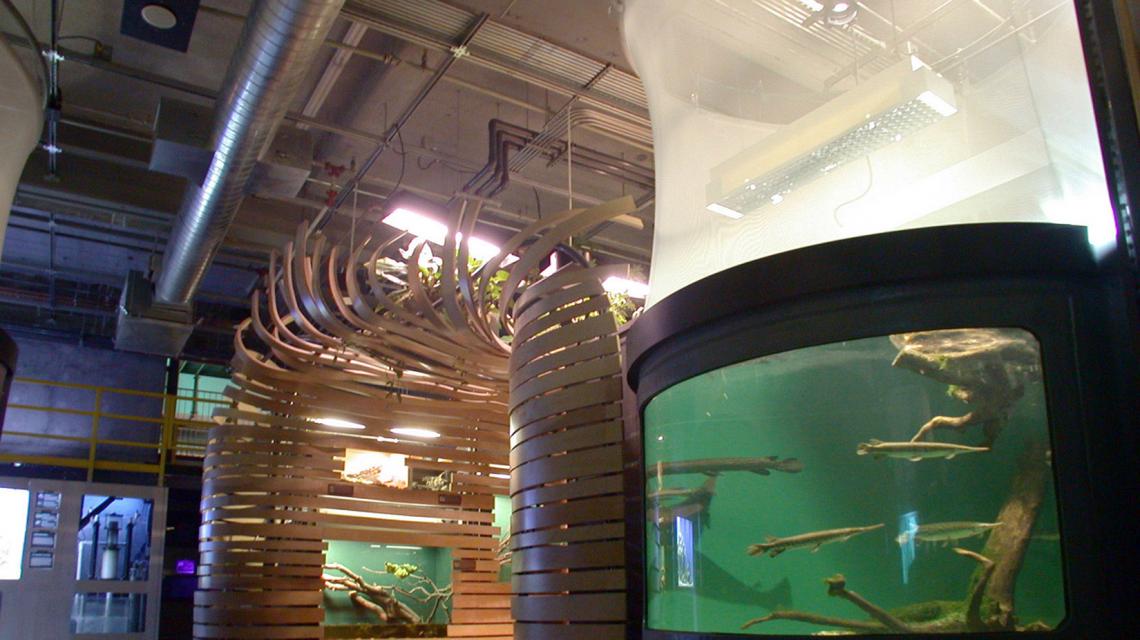 In 2003, the California Academy of Sciences closed its doors in Golden Gate Park to prepare for building a new, $370-million, museum and aquarium on the same site. While the construction was being completed, the Academy wanted to display its living collection in a warehouse in downtown San Francisco. Originally dubbed the “fish hotel,” the temporary aquarium developed into a unique, exciting, and versatile facility in its own right. In addition to keeping the Steinhart’s loyal following connected to the institution, it served as a platform for experimenting with new concepts, exhibits, and modes of public interaction that were eventually transferred to the new Steinhart.

Thinc designed the transitional aquarium to be inside-out: animal husbandry areas that are traditionally confined to back of house were made visible to the public, maximizing the potential for contact and informal conversation between staff and the visitors. Constructed mainly of inexpensive materials and recycled elements from the old Steinhart, the transitional facility also featured flexible systems that allowed exhibits and interpretative materials to be changed easily.

One of the exhibits designed to test concepts for the new Steinhart was a 20,000-gallon experimental coral reef tank. This 18-foot-deep tank was used to research coral husbandry, lighting, and water circulation for the 230,000-gallon living coral exhibit that opened in Golden Gate Park. Another was a wraparound touch tank that provided docents with the flexibility to show tide pool animals and interact with the public in multiple ways. And a penguin exhibit, housed in a 9,000-gallon fiberglass tank, was built out of moveable panels and platforms that allowed the staff to experiment with different configurations to determine, for instance, whether the birds did better with one or two nesting clusters. 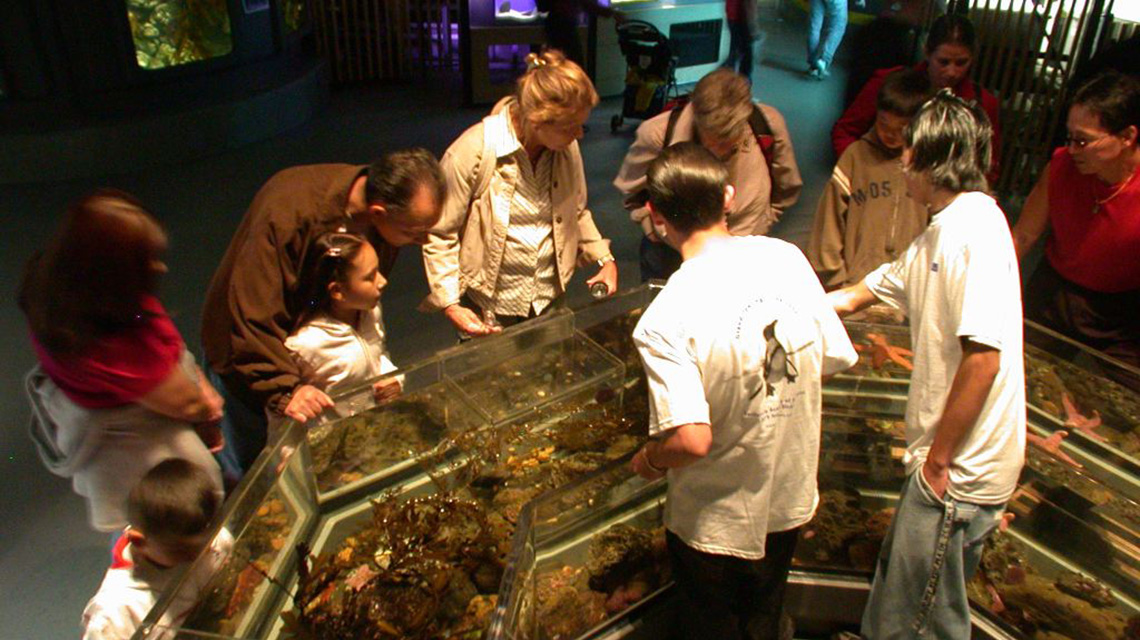 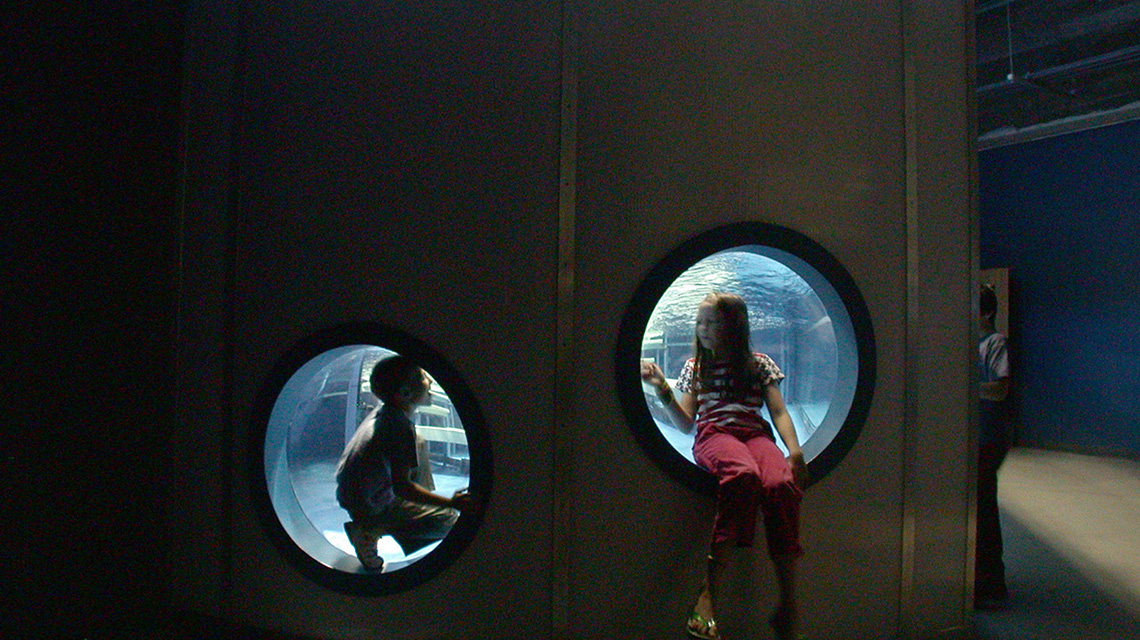 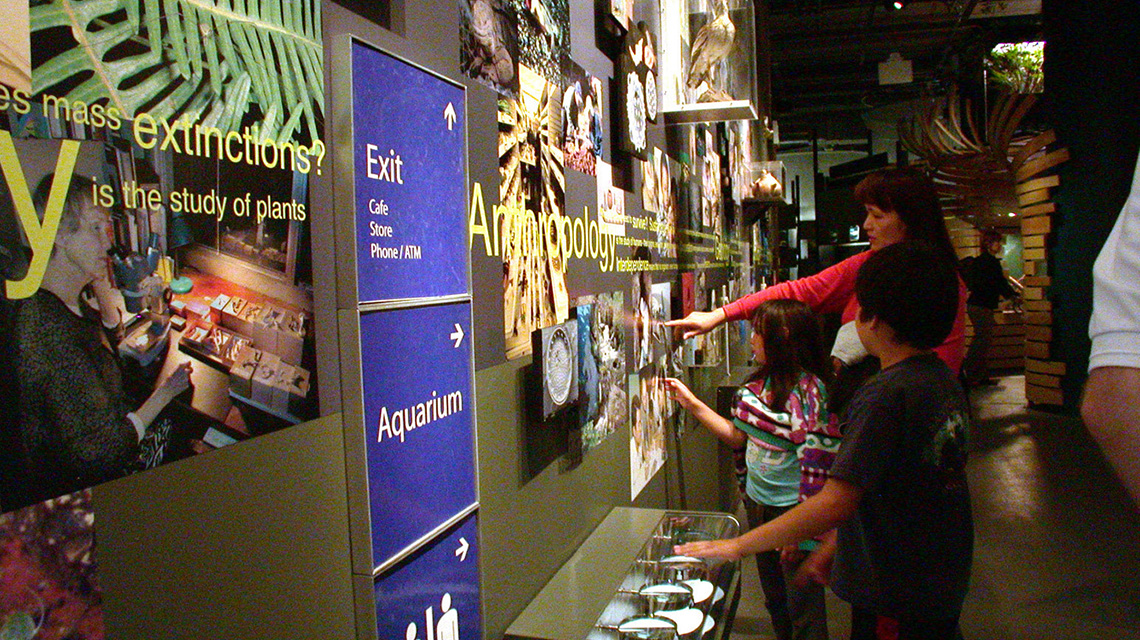 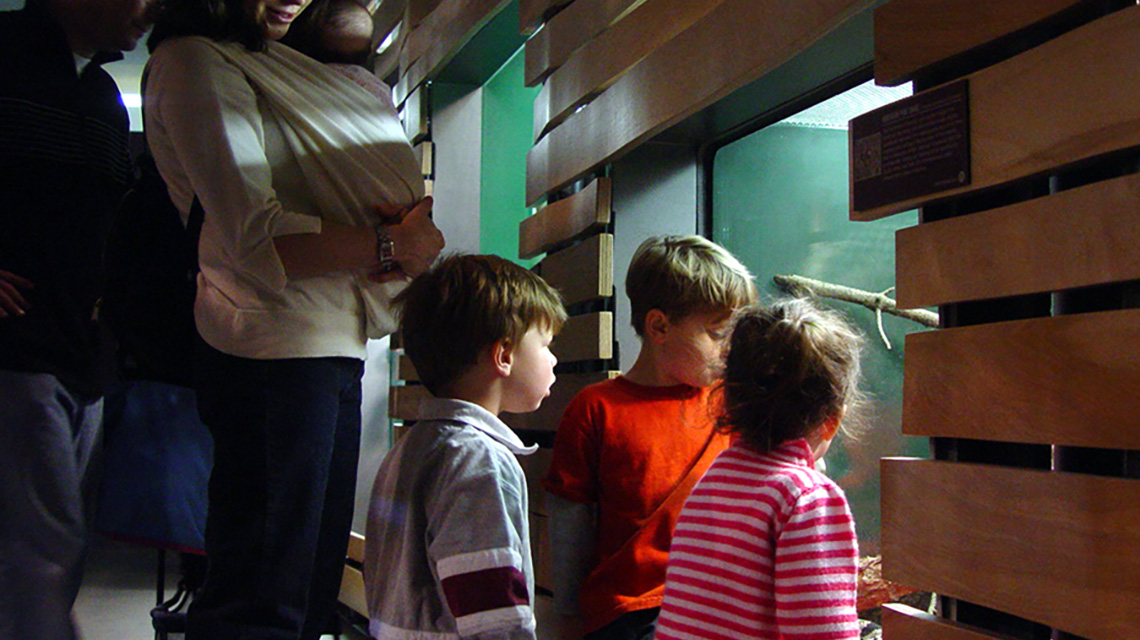 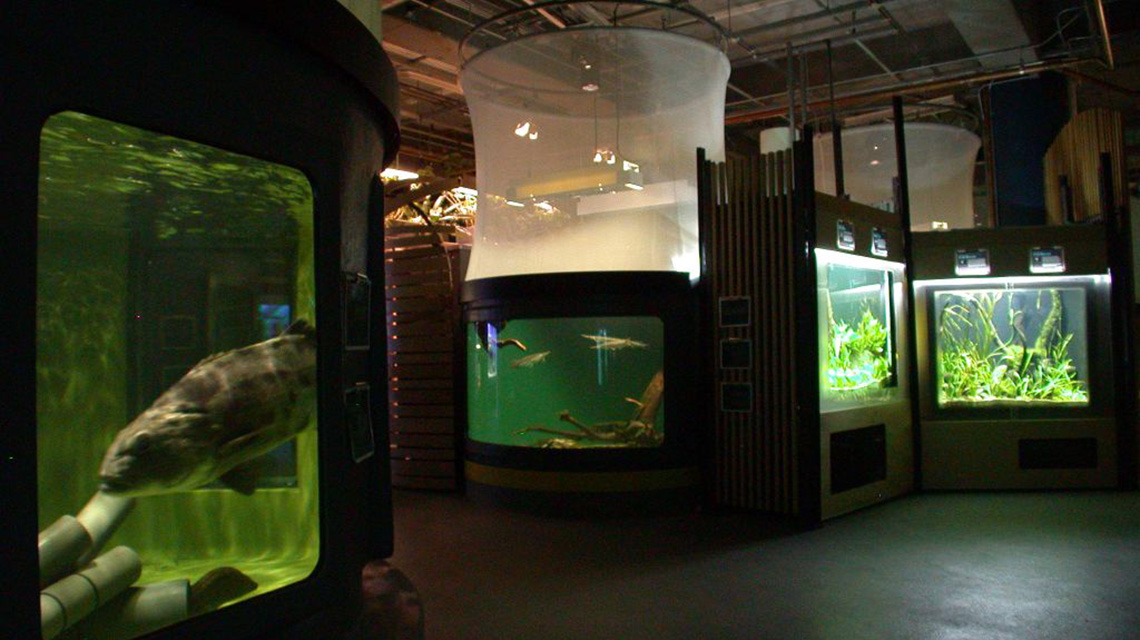